MBA to entrepreneur: Terence (middle) completed his MBA at Tsinghua University before launching his own investment fund

To say Terence Lam predicted coronavirus would be an exaggeration. Maybe Terence didn’t quite expect a global pandemic triggering the most disruptive few months in most people’s living memory.

But, looking back at the past century, Terence knew that something was about to change which would significantly impact the global economy.

“Every decade has different drivers and the best-performing asset classes or sectors always change,” Terence explains. “You had the Japanese companies in the ‘80s; the dot-coms in the '90s; the banks, emerging markets, and oil in the 2000s; and you have the big growth technology firms in the 2010s.

“With the big tech companies now, their market capitalization is so big it’s hard for them to continue the high growth they’ve seen. That’s part of the reason we predicted that if we were approaching a new cycle, it would have a new set of drivers."

With COVID-19 impacting industries across the world and interest rates reaching historic lows, it seems Terence and his team’s predictions are being realized. In anticipation, Terence is setting up his own investment fund to help investors take advantage of the changing situation.

In fact, Terence’s entire career journey has been one of responding to crises, dealing with change, and capitalizing on it. 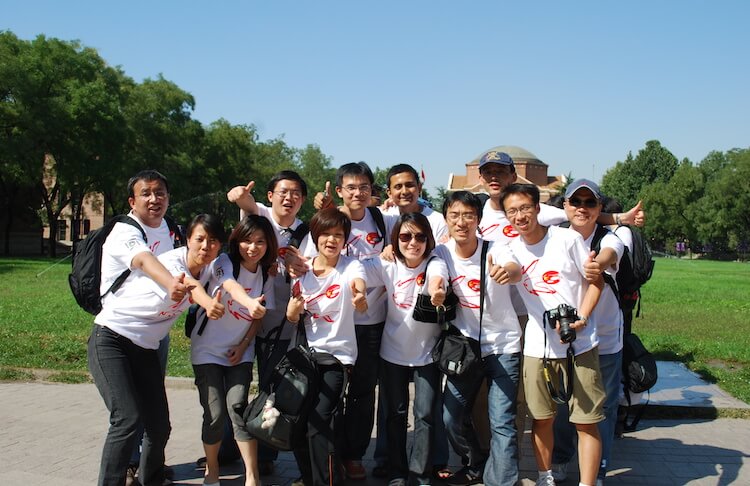 Terence and his Tsinghua MBA classmate

Financial Crash | The Value of an MBA in a Crisis

When the 2008 global financial crash hit, Terence was working in investment banking at Citigroup in his native Hong Kong. His focus was on derivatives—the financial securities at the very core of the crisis.

Terence says the experience was like watching a train wreck in slow motion. “All these sophisticated and complex structures that you thought were so robust, started to break loose,” he recalls. “You saw banks having massive layoffs of staff and governments making massive liquidity injections. This was unprecedented!”

Terence shifted his focus to private equity. The financial crisis, he says, was a blessing in disguise. From the trading floor, he moved into a role where you’re required to understand business from the ground-up.

Terence previously studied biomedical engineering at Johns Hopkins University and  it was the need for a more formal business education led him to pursue an MBA. Why did he choose the Tsinghua Global MBA Program?

Tsinghua School of Economics and Management (SEM) is located in the Zhongguancun area of Beijing—known as the Silicon Valley of China—home to top universities, high-potential technology startups, and multinational companies like Google, Intel, and Microsoft. The university’s high-profile alumni include Chinese president Xi Jinping.

“China has been the dominant growth engine for the last decade,” Terence says. “I wanted to work in a high-growth region and Tsinghua University is the top school in China. The legacy and alumni network the school has is unparalleled in China and innovation is a core part of Tsinghua’s DNA.”

Even in 2009, when Terence applied to the Tsinghua MBA, he had the long-term goal to be an entrepreneur and start his own investment fund. While the crisis in 2009 is different to the COVID-19 crisis faced by business today, Terence says there is value in pursuing an MBA during a time of economic downturn.

“An MBA gives you that business skillset and provides you with a network that can really open doors,” he says. “But it’s not about being spoon-fed information; it’s a program where you have to take the initiative to maximize your gains and reduce your opportunity cost.

The Tsinghua Global MBA program is run in partnership with MIT Sloan, giving students the option to go to MIT to complete a dual degree (Tsinghua MBA + MIT Master of Science in Management Studies) in their second year.

“I remember there were more classes that I was interested in than I was allowed to take!” says Terence, who was allowed sit in on the extra classes. He remembers one session with professor Daokui Li, a renowned Chinese macroeconomist, who was able to translate a lot of the complicated macroeconomic factors which caused the financial crash into simple concepts for MBA students to better understand what was going on in China.

In team consulting projects, Terence worked with classmates from various backgrounds—around 40% of MBA students in his class came from outside mainland China—and learned how to tailor-make solutions for companies based on their cultures and processes.

During the summer, he did an internship at a VC firm in China, where he says he started connecting the dots from his undergraduate science degree to a future career in investment. At MIT, he started building connections with investors and entrepreneurs in Cambridge, Massachusetts, one of the world’s leading centers for healthcare and biotech startup.

He also took part in the Global Entrepreneurship Lab (G-Lab), where student teams work on projects for companies globally. Over several weeks, he worked with Geely, the Chinese automotive group, learning how the company makes investment decisions and processes acquisitions.

All these experiences combined eventually helped Terence get a VC job, he says, setting up a healthcare investment fund for Nan Fung Group, one of the largest private companies based in Hong Kong.

“All the professors that taught me during my MBA had experience teaching at the world’s most prestigious schools, in China and internationally. They teach with an understanding of both sides of the world. Because of that, my MBA allowed me to build a more flexible mindset and to see different situations with a different lens.

“A lot of firms are used to seeing resumes from MBA students from US or UK b-schools,” Terence continues. “The fact that they saw I did an MBA at Tsinghua—and I was able to explain why—differentiated me from a lot of people; it made me stand out.” 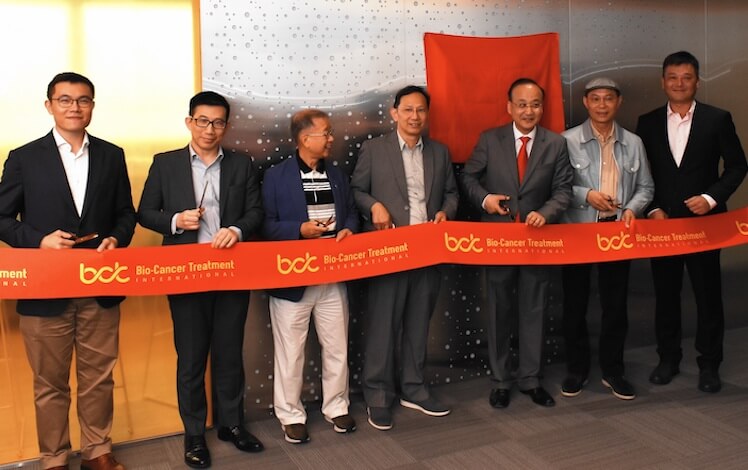 At Nan Fung, Terence led early-stage investment focusing on areas like diagnostics, oncology, and brain disease. He was responsible for almost every aspect of the investment process—deal sourcing, due diligence, transaction negotiation, and portfolio management—and sat on the board of several biotech companies in both the US and China.

Building an investment platform at Nan Fung, Terence says, was ideal preparation for when, in late 2019, he left the company to start up an investment fund of his own. The fund is early-stage—he’s not named it yet—and he’s using his personal capital to invest in a wide variety of companies across different sectors and stages.

“Back in 2019, I saw the end of a cycle coming. I didn’t know what it was, or the exact timing, but I saw something coming, and that sparked our thinking about how to preserve and manage investment capital across different cycles,” Terence explains.

“What distinguishes our fund is that it’s set up with the right structure to invest with a long-term perspective. It’s not just about short-term gain, because what worked in the last decade will not work in the next.

"Our team’s deep experience across multiple asset classes, sectors, and stages allows us to invest and manage different cycles with full flexibility using different sets of tools without biases," he says.

What Terence predicted was an end of an over-extended cycle, he says. The coronavirus outbreak was a catalyst that accelerated a number of pre-existing trends.

As Terence builds a tool to help investors ride out a crisis, his MBA is helping him in a similar way. As an entrepreneur, he’s involved in every aspect of his fund, tapping into the general management skills he learned during his MBA and the Tsinghua network to build his business.

“Throughout my career, whenever I invest in a company or need to know more about an industry, I use the Tsinghua network,” he says. “This is something you might normally pay a consultant thousands of dollars for. But through Tsinghua, I’ve met so many different people—MBA students and alumni—in different settings.

“If I want to invest in real estate in Taiwan, or medical technology in China, I know exactly who to call and I’m comfortable doing it.”